Open Session: How can Labour be the party for SME’s?

SME4Labour and 89UP Fringe: Open Session: How can Labour be the party for SME’s?

There are nearly six million small businesses in the UK. If Labour can be the party of small business, it can expand its electoral coalition and win the next general election.

This is an open session where anyone can contribute punchy two-minute ideas for how Labour can be the party of small business, supporting our economy and providing high-quality jobs for the people of the UK.

This was an open session taking contributions from the floor. The discussion was facilitated by Mike Harris from 89up and Ibrahim Dogus from SME4Labour. Mike and Ibrahim noted that they are both SME owners and supporters of Labour. Mike said that he would like to see a pledge not to raise Income, Corporation or dividend tax. Mike argued that Social Democrats needed to better acknowledge the difference between income and wealth, and tax wealth more efficiently as a result. He argued income and corporation tax disproportionately harms small business owners because they would be more likely to otherwise use their income to reinvest in their business. Much of the discussion revolved around Rachel Reeves’s announcement that she would scrap business rates, this will help protect business owners – particularly those with empty units. Ibrahim pointed out that small business owners are taking risks that benefit the entire economy and that therefore the government should do more to protect & support them. There was also a discussion around the impact of Brexit, Mike noted that there was confusion and a lack of clarity from the government initially about basic issues such as whether non-profits from the EU would need to be charged VAT after Brexit by his company. Ibrahim noted that the current situation is an opportunity for gain for Labour because small business are struggling under the present government, and that Labour can press its advantage. Ibrahim also noted that small businesses are an important factor in social mobility, citing his own immigrant background, which is something the Labour Party advocates. Many people expressed a general gratitude that Business was featuring centrally at Labour Party conference again and felt that this in of itself was a victory. 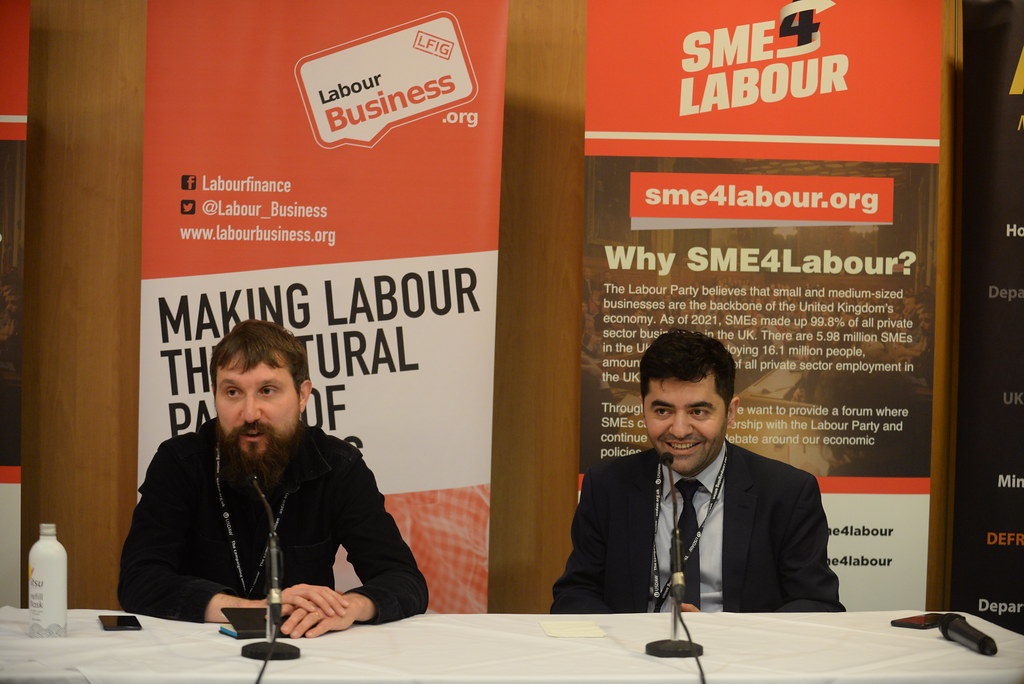 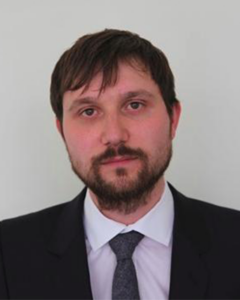 Mike Harris is the founder and CEO of 89up, Europe’s first and biggest impact agency for civil society and non-profits and the co-founder of 90up, a creative and influencer agency. He is also the publisher and owner of Little Atoms, an award-winning magazine distributed globally and a podcast and online magazine enjoyed by a global audience of millions.

Mike has excellent political and media connections, with a strong knowledge of the workings of government and international bodies. His campaign experience delivering cross-party support for a new parliamentary bill; international human rights advocacy work engaging Hollywood celebrities that forced 3 banks to stop selling government bonds to support a dictatorship, leading the press and strategy for an Oscar-winning film, the exposure of lobbyists work for corrupt regimes and supporting the launch of multiple grassroots political movements. 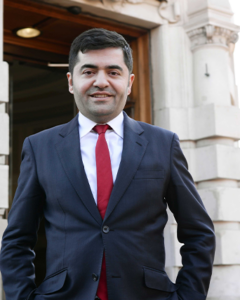 Ibrahim Dogus is an active Labour party member and the founder and director of the Centre for Turkey Studies, a non-party political forum and think tank focusing on Turkey; and Founder of the British Kebab Awards and the Centre for Kurdish Progress.

Ibrahim has been working as a community leader in the UK for many years supporting communities originating from Turkey and neighbouring countries. Prior to this, Ibrahim was director of several community-led projects in London and across the UK working for London’s vibrant and diverse community life.