SME4Labour’s programme of events at Labour Party Conference 2021 kicked off with a discussion on the ways in which Englishness impacts support for Labour. We were joined by journalist and broadcaster Gavin Esler and former Secretary of State and Director of the English Labour Network, John Denham for a wide ranging and in-depth discussion on the importance of English identity to the Labour Party and how Labour can win back the significant percentage of English voters who currently feel alienated by Labour.

Our discussion was kicked off by Gavin Esler who outlined his experiences of being Scottish in Britain, exploring his shared Scottish, British and European identities, outlining his views on the Scottish Independence Referendum as well as the vote to leave the European Union and considering how Labour might seek to win again in Scotland. Esler outlined the importance of the many groups and identities that make up the Labour Party coming together in order for Labour to win again at the next General Election as well as the need for Labour to adopt a truly British outlook that viewed the constituent parts of the UK in equal esteem, in order to win power again.

We next heard from John Denham, who outlined his experiences as a former Minister and Secretary of State in the Blair and Brown Governments as well as the Director of the English Labour Network, considering the ways in which Labour must reconnect with the significant percentage of voters who primarily view themselves as English if it is to win again. Denham outlined the need for Labour to recalibrate its approach to Englishness, explaining that Labour had become increasingly alienated from a significant base of the electorate through both its communications and policies and a reset was required if Labour was to win these groups back. Denham outlined the ways in which Labour might reconnect with its lost voters, including those in the “red wall”, considering that an approach that doesn’t vilify or reject Englishness may be essential in regaining those lost seats. Denham considered the importance of his experiences in Government, sharing his view that the Labour Party must do more to offer an olive-branch to voters who at present feel alienated from Labour and therefore feel disinclined to offer them their vote.

Our discussion represented an important exploration on recent major political events including the vote to leave the European Union, how Englishness affects political positioning and the importance of demographic variables including age and perception of immigration impact Labour Party policy positions. Our event was the first major fringe of Conference and set the tone for Conference in exploring the ways in which Labour can reconnect with its lost voters. 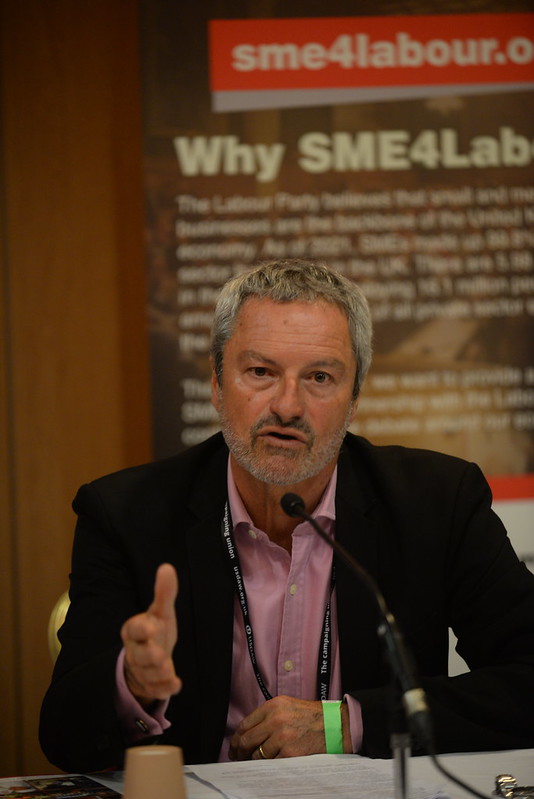 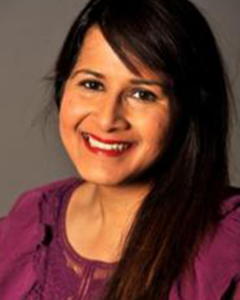 Cllr Naushabah Khan has been a Councillor for her home town Gillingham since 2015. As Medway Labour spokesperson for housing, Naushabah is passionate about securing sustainable development in Medway which includes sufficient affordable housing and proper infrastructure. Naushabah was a Parliamentary Candidate for the Rochester and Strood in both the by-election in 2014, and the general election in 2015. Naushabah is a senior manager in Public Affairs. 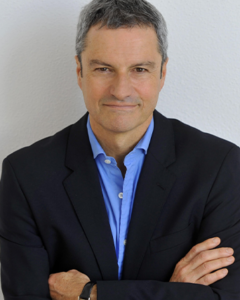 Gavin Esler is known for his reporting and presenting work at the BBC, and has been the main presenter on Dateline London on the BBC News Channel and BBC World and numerous other programmes, including Hardtalk. He left the BBC in 2018 and is now a freelance journalist and writer.
Formerly Gavin was the BBC’s Chief North America Correspondent for eight years, based in Washington and frequently reporting from the White House mostly during the Clinton presidency. He has also reported from countries as diverse as China, Peru, Argentina, Cuba, Brazil, Russia, Jordan, Iran, Saudi Arabia and from the Aleutian Islands, as well as all across Europe. On returning to the UK, he joined the presenting team on the BBC’s flagship news and current affairs programme Newsnight. He is a voting member of BAFTA, Chancellor of the University of Kent and a visiting lecturer in various academic institutions, large corporations, and public service organisations including the British military. Gavin took on the role of moderator for the 2017 ‘How to do Good’ charity-speaker tour in Oslo, Stockholm, The Hague, Brussels, Paris, London and New York. 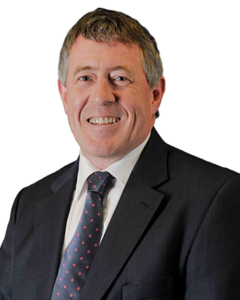