We were joined by a renowned panel for our event: “Tamils for Labour” to discuss issues affecting the Tamil community in the UK and worldwide. Our esteemed panel of experts Shadow Foreign Secretary Lisa Nandy MP, Shadow Minister for Asia and the Pacific Stephen Kinnock MP, Vice Chair of the APPG for Tamils Siobhan McDonagh MP, and former Shadow Secretary of State for International Trade Barry Gardiner MP, our panel also included former BBC correspondent and Program Coordinator for the International Truth and Justice Project, Frances Harrison; senior UK Advocacy Officer for People for Equality and Relief in Lanka (PEARL), Ahrabi Rajkumar; human rights advocate, Subashini Nathan; and, Chief Executive for Freedom from Torture, Sonya Sceats. The event was moderated by the Chair of Tamils for Labour, Sen Kandiah.

Our first speaker was Shadow Foreign Secretary Lisa Nandy who highlighted the importance of protecting the human rights of all groups in Sri Lanka as well as the need for international recognition of the crimes committed against the Tamil people. Nandy stressed the importance of a proper mechanism for justice for the Tamil people, which must include full recognition of the crimes committed by the Sri Lankan military. Nandy stressed that “human rights, the rule of law, freedom and democracy, would always be an essential component of Labour’s foreign policy”, continuing to add that threats to human rights anywhere were a threat to human rights everywhere. Nandy additionally referred to the concrete steps that were required for justice, highlighting that the Labour Party pushed in March for the UN resolution to include concrete measures, such as an International Independent Investigative Mechanism (III-M) and for a referral of cases to the International Criminal Court (ICC) for the Tamil people. Nandy stressed the Labour Party would always be a friend to the Tamil people and stressed the need for a continued fight for justice and recognition of the crimes committed against the Tamil people.

Our next speaker Stephen Kinnock MP considered what more could be done to ensure a proper path towards justice. Kinnock maintained the need for concrete action and whilst stating that the latest UNHRC resolution was a welcome step, he also outlined its shortcomings, highlighting that UK government could and should have done more as the penholder. Kinnock also highlighted that the “resolution doesn’t make any commitment to universal or extrajudicial jurisdiction”. Kinnock noted the government’s failure to push for an III-M and the need to properly resource the UN High Commissioner’s office. He further noted that there was a clear “case for referring a number of senior members of the Sri Lankan military and government to the International Criminal Court”. Kinnock also took issue with the timeline provided by the resolution noting that 18 months was too long and would just provide Sri Lanka more time to “obstruct and obfuscate” proceedings. Commenting on trade, Kinnock highlighted leaked remarks by Britain’s previous foreign secretary Dominic Raab, who illustrated a willingness to work with human rights abusers, as well as the government’s rejection of the genocide amendment to trade. Kinnock maintained that Labour would continue to scrutinise the government and to push for a trade policy that was ethical.

Our event also heard from Siobhan McDonagh who highlighted her lasting memories of the Tamil community gathered on parliament square in 2009 protesting the genocide at Mullaivaikkal. She recollected how the then foreign secretary, David Miliband, would invite Tamil students to meet with him at the Foreign Office and how he confronted Sri Lankan officials at the time. The experience, she notes, “left me determined that I would continue to do everything I could to help the Tamil community and not look the other way”. She maintained that she, along with her colleagues, would push to get back into government to achieve real change, “rather than standing on the side-lines”.

Our next speaker Chief Executive for Freedom from Torture, Sonya Sceats spoke at length and noted the rise of global authoritarianism and torture with Sri Lanka being “one of the worst examples”. Highlighting that between 2009 and 2019 there were over 550 cases of torture, she stated, and “ongoing impunity for torture remains an enormous problem”. She further slammed the UK government “for sending mixed signals”; claiming to stand for universal values whilst elevating “trade interests over human rights concerns”. Sceats also criticised Police Scotland for its training of Sri Lankan officers, many of whom are responsible for horrific cases of torture which Freedom from Torture has been documenting. In her speech she urged:

• For the UK to impose sanctions not only on Shavendra Silva but also key figures such as Defence Secretary, Kamal Gunaratne, who has been credibly accused of human rights violations.
• For the UK to bring police training of Sri Lankan officers to a complete halt.
• For the UK to withdraw its defence advisor stationed in Colombo.
• For the UK to review its preferential trade tariffs for Sri Lanka on the basis of its commitment to good governance and human rights.

Commenting on the UK asylum, she notes that most of the Sri Lanka’s Freedom from Torture support are asylum seekers or refugees. She further highlighted the need to resist the anti-refugee bill, also known as the Nationality and Borders bill. The bill she noted, would criminal asylum seekers, deny them protection, and eject them from the UK. She encouraged attendees to sign the petition against the legislation and for MPs to voice their opposition to the bill. The petition has over 52,000 signatures with 300 organisations mobilising against the legislation.

We next heard from Programme Coordinator, Frances Harrison who highlighted that the UN resolution passed in March earlier this year, leaves 12 months for there to be another UN report on the situation in Sri Lanka. However, also noting that funding for the mechanism established to collect data has been cut by 50%. She expressed her concern that the resolution was simply becoming a “fig leaf for inaction”. Commenting on the ITJP’s campaign to sanction Shavendra Silva, Harrison noted the lack of response from the Foreign Office. She also slammed the continued funding for police training noting continued reports of “serious violations like torture and sexual violence”. Harrison further spoke on the plight of Tamil refugees noting that Eelam Tamil refugees have been arriving across the channel in rubber dinghies, “risking their lives to get here”. Speaking to the Labour MPs, Harrison urged them to take on the issues of police training; “the vetting and screening of diplomats” and UN peacekeepers; and imposing Magnitsky sanctions, not just on Shavendra Silva, but on a range of officials including Defence Secretary, Kamal Gunaratne.

During his speech, Chair of Tamils for Labour, Sen Kandiah, noted that the Labour party had worked shoulder to shoulder with the Tamil community to call out these injustices and urged the British government and UN institutions to hold Sri Lanka to account. His statement drew attention to the ongoing protests by the families of the disappeared which have continued for over 1,660 days and noted the consensus amongst Tamils of the need for “an International Independent Investigation via the ICC or ICJ”. Kandiah further slammed the Conservative government for giving “Sri Lanka and other genocidal regimes a seat at the table” instead of imposing sanctions. Kandiah maintained that the government is more “concerned with economic and trading affairs rather than human lives”.

Our final speaker was UK Advocacy Officer for PEARL, Ahrabi Rajkumar. Rajkumar applauded the Labour party for its continued support for the Tamil community in “their efforts to secure justice for the atrocities committed against them as well as efforts for self-determination”. However, noted, the “lack of tangible bilateral pressure from successive British governments on Sri Lanka”, stating “Sri Lanka must face tangible consequences for its brazen rejection of this process” she maintained, highlighting the islands fraught history of systemic discrimination against the Tamil nation since independence”. Rajkumar further detailed the Sri Lankan state’s crackdown on memorial events such as Maaveerar Naal in November and Mullivaikkal remembrance day in May, noting that just a few days ago, “a Tamil MP was brutally manhandled and arrested” just for participating in a memorialisation event. In concluding her statement, she noted PEARL’s request that Labour continues to work alongside British Tamils in “calling for accountability and justice for Sri Lanka’s war crimes”. She noted the need for MPs to review the “preferential trade scheme it currently has in place with Sri Lanka, as well as any other incoming trade scheme” and to ensure that they are contingent on a human rights monitoring mechanism. She also detailed the need for an “international judicial mechanism such as referral to the International Criminal Court or the International Court of Justice to persecute those who have been credibly accused of atrocity crimes including genocide”. Her speech also highlighted the need for targeted sanctions and requested that Labour update the wording in its manifesto “to include wording on supporting efforts for an international accountability mechanism and a political solution on the island that supports the right to self-determination of all communities”.

Our event Tamils for Labour brought together a panel of experts to consider at length what more could be done to ensure the fight for justice for Tamils is successful, considering what steps the British Government must take to fight for peace and justice for the Tamil people and the tangible policy actions required to protect the Tamil people from ongoing prejudice and discrimination. 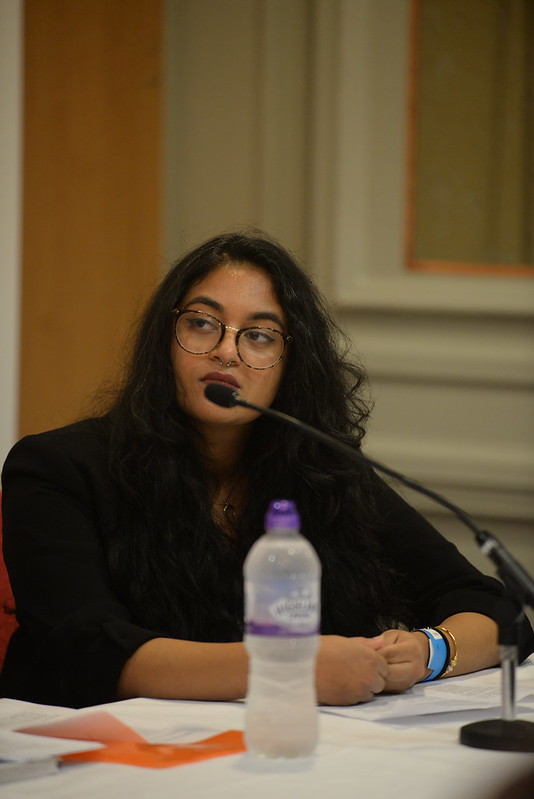 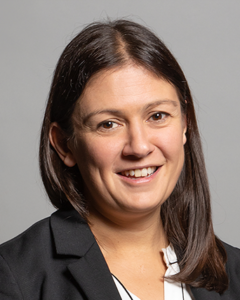 Lisa Nandy is a Labour politician who has served as Shadow Secretary of State for Foreign and Commonwealth Affairs since 2020. She has been Member of Parliament (MP) for Wigan since 2010. 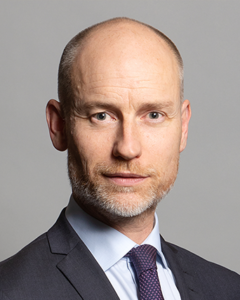 Stephen Kinnock is a Welsh Labour Party politician who has been the Member of Parliament (MP) for Aberavon since the 2015 general election. Stephen is Shadow Minister for Asia and the Pacific. 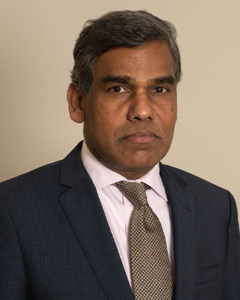