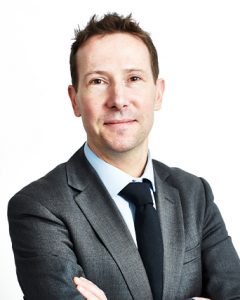 Gideon Skinner is a Research Director and Head of Political Research at Ipsos MORI, where he has worked since 1997. Gideon leads on our research into cross-cutting issues that face all public services, such as public service reform, and research into many political and social trends, including trust.

As Head of Political Research, Gideon has been involved in our coverage and analysis of every general election since 1997.  Gideon directs our monthly Political Monitor, and is a regular commentator on public opinion on current affairs.  He has extensive experience of research into public services, social policy and public opinion trends, directing many research projects both quantitative and qualitative for the centre of government, other Whitehall departments, and a wide range of public sector agencies, regulators, charities, think tanks, academics and local and regional public services. Further afield, he has international experience, providing consultancy advice and speaking at international conferences on social research, policy and public attitudes.

Gideon is involved in many of our thought leadership efforts, including our Understanding Society publication, our regular Global Advisor international polling series, and as part of the Ipsos MORI Thinks team.  Gideon presents our data to many interested audiences and conferences both in the UK and overseas, and on TV and radio, as well as to clients, government ministers, senior civil servants, business people, and students and school children.

Online Talk “Latest Opinion Polls and What They Mean for Labour and Elections in May?”