This online talk focused on the difficulties and hardship the self-employed people and small business owners in Scotland have been experiencing. According to the Scottish Government statistics, in March 2020, 361,875 Small and Medium-sized Enterprises (SMEs) were operating in Scotland, employing an estimated 1.2 million people. SMEs are the Scottish economy’s bedrock and will play a vital role in post-pandemic economic recovery. The online talk hosted two speakers: Anas Sarwar MSP, Leader of Scottish Labour Party, and Sonny Leong, co-chair of SME4Labour. The discussion was moderated by Ayesha Hazarika, broadcaster, journalist and political commentator.  The talk also assessed the policy proposals the Scottish Labour Party, under its new leader Anas Sarwar, is putting forward to support SMEs.

The first speaker Sonny Leong started his talk by mentioning how happy he was to be sharing the platform with Anas Sarwar MSP, and he expressed his optimism that Labour under Sarwar’s leadership will perform well in the next Scottish elections. He said Sarwar was already impacting the Scottish political scene because five days after his election, Scottish Labour won two council seats in North Lanarkshire. Leong also drew attention to the task of rebuilding the Labour Party in Scotland and referred to the speech Sarwar delivered during his leadership campaign that highlighted the loss of trust between Labour and the voters. Leong said that Labour’s collapse in Scotland in the 2015 general election showed that Labour took the voters for granted and its little progress since then indicates the scale of the task at hand.

Leong discussed Labour’s need to develop proposals to grow the economy and drew attention to the need to establish closer links between the Labour Party and the business community. Labour needed to become a party of business. He noted the importance of SMEs as the driver of the economy. He said that in Scotland, SMEs constitute around 99% of the businesses, 55% of the private sector employment and 41% of the turnover in the private sector. He highlighted the importance they can play in creating new jobs, their potential in the UK and Scotland and emphasised that Labour needed to develop policies to unlock SMEs’ potential in Scotland and the UK. He mentioned Labour should offer incentives for start-ups and SMEs and help build Scottish and British companies that will remain in the country. He referred to the ‘back-to-business’ policy the Irish government developed to entice Irish people who left Ireland to come back and utilise their skills and knowledge in Ireland. He mentioned that Scotland could create a similar policy. He drew attention to the danger of Scotland becoming a branch economy. He argued that SMEs needed to become part of the ecology of the local economy and the local community.

Leong argued that Labour needed to think about how it responds to the future of business build and develop new policies in line with our values. Labour needed to be bold, and the Scottish electorate rejected Labour offer in general elections in 2015 and Scottish elections in 2016 and the general elections of 2017 and 2019. Under its new leadership, Labour and Scottish Labour needed to do the heavy lifting to capture the public’s imagination and aspiration. He ended his talk by mentioned that he is editing a collection of essays from progressive thinkers and centre-left politicians on what a post-Brexit Labour Britain in 2030 should look like that he will publish later this year.

Sarwar mentioned his delight in being part of the online talk. He began by offering some reflections about the realistic prospects for Scottish Labour and said that the party was polling at around 14% just three days before he was elected the leader. That figure meant Labour would get about 15 or fewer MSPs and lose his right to ask questions during the Scottish First Minister’s Questions (FMQ). He said that “we have to throw everything at it to get the Labour Party back in the pitch, back on people’s side and focus on people’s priorities”. He said that when he became the leader, he gave the message to the people that he understood how much work Labour had to do to gain the trust of the people and that the Labour Party hadn’t been good enough. Sarwar argued that Labour, under his leadership, will focus on what united us in the country rather than what divided us, and it will be on the side of the people rather than on the sidelines.

Sarwar then discussed the parts of the manifesto on the issues concerning SMEs in particular. He mentioned that SMEs had a good idea about the challenges that we are facing around the economy and that people need not tell them what the impact on their business and family, and personal lives will be. He then proceeded to set out Labour proposals. In the short term, he said there is a need to recognise that recovery will be gradual, and it will take time for life to get back to normal for SMEs. He argued that the government should not have a cliff-edge of support and cut the support to businesses too early but have to adopt a sectoral approach and consider the support each sector needs. Sarwar also said that we could not go back to the pre-COVID economic model because it did not work for everyone. There were structural inequalities that impacted women and BME communities disproportionately. These structural inequalities created adverse conditions for SMEs and in favour of the large multinationals. He argued that we need to grow the economy and make sure that it benefits everyone. Sarwar mentioned that a fairer tax system should be established, and big business should pay their tax. A business transition fund should be established to support SMEs. This fund can be used to pay for training to the companies or their employees who are willing to learn new skills or transition to a new business area.

Sarwar said there was a need for a policy for school students who have been hit by the pandemic badly. As part of the education come-back plan, the students should be given a chance to gain further education and re-do their exams again to help them get the qualifications to get into the sectors they want to go into, which will be good for the economy as a whole. Also, summer activities should be organised for younger children to help them get back to normality. Sarwar ended his talk by emphasising the need to go beyond the debate on Brexit and the Scottish constitutional reform and focus on the issues people are concerned with and focus on what unites us.

Hazarika then posed some of the audience’s questions and mentioned the dissatisfaction many SMEs in Scotland feel about the SNP. The event continued with further questions from the audience. 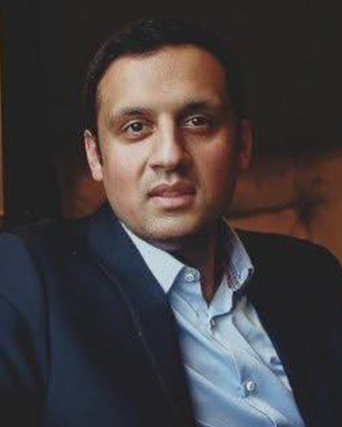 Anas Sarwaris leader of the Scottish Labour Party and MSP for Glasgow.

Born in Glasgow in 1983, he studied dentistry at the University of Glasgow and worked as a dentist in the NHS in Paisley for five years prior to becoming a parliamentarian.

He served in the Shadow Cabinet as Scottish Labour’s health and social care spokesperson and constitution spokesperson, and was elected leader of the party in 2020.

In parliament, he has established an expert-led workforce commission to tackle the staffing crisis in the health service, led the campaign to end the NHS pay cap, and exposed the truth behind the water infection scandal at Glasgow’s largest hospital.

After speaking about the racism he faced throughout his life, Anas established the Scottish Parliament’s Cross-Party Group on Tackling Islamophobia and led a campaign against hatred and intolerance.

He is a proud member of the GMB and the Co-operative Party. 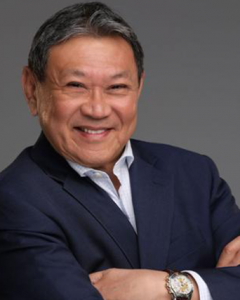 Sonny Leong CBE is the Co-Founder and Co-Chair of SME4Labour. He was formerly Chair of Chinese for Labour, and now Vice-Chair of East & South East Asians for Labour.

He has over 35 years of training, education and publishing experience, having worked in various academic and professional publishing houses. He founded Cavendish Publishing and developed it to be the largest independent academic law publisher in the UK before it was acquired by Informa PLC.

He was formerly the Chairman and Hon President of the Independent Publishers Guild, former Chair of International Division and Council member of the Publishers Association in the UK.

He was awarded the Commander of the British Empire (CBE) by HM The Queen in the Queen’s Birthday Honours List 2014.