This online talk focused on electoral reform and the need for a voting system based on proportional representation (PR). This is an issue connected to central political questions on the kind of democracy we want to have, the kind of party we want Labour to be, and the kind of society we want to live in. The voting system has a profound effect on all three of these questions. There is mounting evidence showing that PR – not First Past the Post (FPTP) – is an integral part of transforming Britain into a more egalitarian society.

Simon Lydiard, a member of the Executive Committee of SME4Labour and Chair of Vauxhall Constituency Labour Party, chaired the panel and, as a way of introducing the topic, discussed the debate within the Labour Party around the issue of electoral reform. He also emphasised the importance of Small and Medium Enterprises (SMEs) for the economy and the important work that SME4Labour has been carrying out as a campaign and discussion platform. Lydiard then introduced Laura Parker from Labour Campaign for a New Democracy and highlighted some of the important work she has done in the Labour Party. Parker began her talk by thanking SME4Labour for the invitation and introduced the Labour Campaign for a New Democracy. She said that the campaign started last summer, and at the moment, 11 principal organisations are supporting it. Some of these organisations are Labour only organisations. She listed them in the following order: the Labour Campaign for Electoral Reform, Open Labour, Labour for European Future, Chartists, an organisation called Politics for the Many, Compass Labour (part of Compass organisation), Unlock Labour (part of Unlock Democracy), Get PR Done, Electoral Reform Society, Another Europe is Possible, and Make Votes Matter.

Parker said this coalition’s very simple aim is to get Labour to pass a policy on the PR system by September 2021. She said they are not trying to persuade the party to adopt a particular form of PR and are quite keen not to get involved in the debate around the questions around STVs, percentages and thresholds because it will be difficult to generate consensus around these issues and a small number of people can dominate these debates. There is a need for an inclusive process for discussing what system we should adopt. They aim to get the conference to make an in-principle commitment to PR and then put this commitment into the manifesto. Parker emphasised that they are not campaigning for a referendum.

Parker mentioned that 193 Constituency Labour Parties (CLPs) passed a motion supporting a PR system. The aim is to get these CLPs to work towards the conference to adopt the motion on PR. There is an attempt to engage the trade unions to get them to support PR. She mentioned that three smaller trade unions have a pro-PR policy. A number of the other trade unions are a discussion PR because of motions proposed within their structures. Some of the bigger unions have a pro-FPTP policy, and she is not very hopeful that the bigger unions will start supporting PR. Parker also mentioned that some people in the Labour Party are quite pro-PR. She argued that the Leader of the Labour Party, Sir Keir Starmer’s position, is very much open at the moment and thought that he is persuadable based on the pledges he made in his leadership campaign.

She mentioned the UK’s constitutional convention for a new democratic settlement could include a discussion on PR. She highlighted that many of the Labour voters favour PR, and some of the MPs who were not supportive of PR are more in favour of it at the moment. The last poll among Labour membership before the previous general election suggested that 76 per cent of the people in Labour were pro-PR. All this adds to her optimism that the conference will pass a motion on PR this year.

Lydiard then introduced the second speaker, Mike Sutton, Chair of Woodbridge Branch of the Suffolk Coastal CLP. Lydiard mentioned some of the roles Sutton fulfilled in the past and listed some of his achievements. Sutton started his talk by thanking for the invitation. He provided a bit of history of the UK’s voting system and mentioned that Universities MPs who were elected in the UK until 1945 were elected by a type of PR system.

Sutton highlighted the dishonesty many people face when they vote. He said that FPTP focuses on a handful of few constituencies, perhaps on 40 to 50 constituencies. He mentioned that the same system is in use in the US, where the focus is on a handful of swing states. Similarly, votes that are counted in some states don’t matter, but it does in other states.

Sutton mentioned that small parties perform very poorly in the current system. He gave the example of the United Kingdom Independence Party (UKIP) and the Scottish National Party (SNP) to highlight the issue. He said that UKIP obtained 4 million votes in the 2015 general election and only one seat in the parliament, and the SNP received 1.5 million votes and 56 seats. He further elaborated on this point by comparing the Liberal Democrats and Democratic Unionist Party (DUP), both of which got the same number of MPs, but the Lib Dems obtained far more votes than DUP.

Sutton argued that there was much evidence worldwide that shows the FPTP system favoured a right-wing agenda and elaborated this by referring to examples from the US. He argued that FPTP could lead to apathy and evidenced this claim by data from 18 elections since World War 2. In the 1950s, the average voter turnout was around 80%. Between the 1960s and 1990s, the turnout was between 70% and 80%, but since 2000, none of the elections achieved a turnout higher than 70%. Sutton said that a PR system would result in better public engagement.

Sutton asked, What would happen if we had a PR system? He said it would result in more honest politics, everyone will vote for the party they support, and their vote will have meaning. He said the government would be voted by a larger proportion of the electorate, resulting in better representation of women and ethnic minorities. He also noted that parties would campaign fairly and honestly, and there will be fewer extremist governments.

He also talked about some of the questions people ask about PR and said that the common perceptions were wrong. He mentioned that many governments were cross-party in the past, which is not a very bad thing. In the current system, coalitions are entered into when parties fail to win. A PR system is not likely to produce worse governments than some of the governments we have had and argued that many coalition governments would be stable. Sutton ended by referring to some of the online resources people can visit to read more about different electoral systems worldwide.

Lydiard asked some questions on the issues that the speakers talks raised, and then the questions from the audience were addressed. 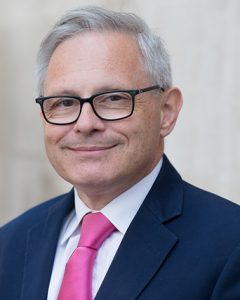 Simon Lydiard is a member of the Executive Committee of sme4labour and Chair of Vauxhall Constituency Labour Party. He is a former Senior Civil Servant and now works as a consultant on public sector procurement and government relations. In the early 1990s he led the Labour Group on Bath City Council, and was one of the original signatories of Charter 88 which called for constitutional and electoral reform. 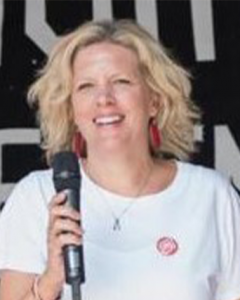 Laura Parker is a former Civil Servant in the UK and European Commission and CEO of children’s rights organisations who spent many years living and working outside the UK – including in SE Asia and Eastern Europe – before going to work in the Labour Party as Private Secretary to Jeremy Corbyn. She then worked as National Coordinator for Momentum (2017-2019). Since March, she has been locked down in northern Italy with her Italian husband where she is working for the Labour Campaign for a New Democracy and is also active in Another Europe Is Possible and Labour for a European Future.

Chair of Finance on Local Town Council (run by Alliance of Labour, Lib Dem and Green).

Now retired but working at more projects and interests than ever before, including Advisor to Cooperative Schools Association, Director of Woodbridge Riverside Trust.