Home EVENTS PAST EVENTS Online Talk “Lessons from Biden-Harris Victory for the Future of UK Labour?”
PAST EVENTS
11 February 2021

Online Talk “Lessons from Biden-Harris Victory for the Future of UK Labour?”

In opening the dialogue, chair Mabel Ogundayo introduced Matt Browne.
Mr Brown began the discussion by addressing the coalition, the narrative, and the agenda which drove the Biden campaign. He stated how Biden was a unifying factor who bound together many areas of the left and was prepared to put forth a radical agenda, explaining that ‘Biden was the only person who could hold all parts of the Democratic coalition together.’ Economic inequality was a primary focus of the campaign, however, the key to Biden’s success was the emphasis on progressivism which allowed him to unite many different voting blocs under his campaign. Mr Browne continued, the focus on Biden’s agenda was domestic policies, including addressing COVID-19 and implementing an appropriate response in the form of vaccines, mask mandates, etc.

A key component policy-wise, Mr Browne noted, was the Biden campaign’s pushing forth of a ‘middle-out’ economic plan, emphasizing the strength of the middle class while integrating women’s employment, infrastructure investment, and renewable energy. These points formed key components of the Biden economic plan, also leading to the campaign’s ability to unite left economic policy under the insistence that ‘industry can be driven by a Green New Deal.’

In the sense of social policy, Mr Browne discussed how social justice was another fundamental piece of the Biden campaign. The black community was seen as a ‘cornerstone’ of the coalition, introducing a racial justice plan which had not been seen in previous campaigns. Putting racial justice at the forefront of the social agenda was a bold but successful decision, as it spoke directly to social change.

In regards to administrative efficiency, Mr Browne spoke on the quality of Biden’s political team, stating that ‘Biden has brought in seasoned professionals’ across the board who can ensure that ‘business is getting done.’

Mr Browne explained on the topic of US-UK relations that, largely due to Brexit, ‘the UK is a less important ally now than it has been in decades.’ However, despite political differences, the relationship between Biden and Johnson will be ‘strong and sound’ with ‘deep collaboration.’ Mr Browne concluded with the understanding that Biden will take a strong stance against kleptocratic governments such as that of Russia, and that this will likely be a strong point of cooperation.

Chair Mabel Ogundayo then introduced MP Stephen Kinnock.
Mr Kinnock opened by emphasizing that it is an important moment to have this discussion, and that understanding of the ‘seismic political shocks’ which have occurred in both the US and UK is of immense importance. In reference to a September 2016 speech by Hillary Clinton which demonized her opponents, Kinnock noted that is important not to refer to those who we don’t agree with as a ‘basket of deplorables.’ Biden had put forth ‘empathy and understanding’ instead of superiority narratives, executing a strong and inclusive attempt to reconcile the nation in the wake of high domestic tensions.

Mr Kinnock made a distinction between cosmopolitans and communitarians in understanding conflicting public interests, stating:
‘If we’re going to win elections, we’re going to have to reunite cosmopolitans and communitarians.’ He asserted that Biden has ‘reconnected the Democrats’ with their communitarian side, instead of appearing as an elite and out-of-touch bloc confined to cosmopolitanism as had occurred in 2016. ‘Social mobility shouldn’t become synonymous with geographic mobility’ and ‘family is at the heart of what motivates people,’ Kinnock stressed. With this communitarian outlook, unification in a coalition becomes more achievable. It is important to understand that the ‘kind of isolationism that led to Brexit is actually not patriotic.’ It is paramount for the UK to believe in cooperation.

Labour has a ‘real problem in terms of economic credibility,’ and it must be understood that Labour is a pro-business party, Mr Kinnock continued. Progressive business leaders must come together to forge a more powerful policy narrative in this sense.
He concluded by suggesting that optimism can be found in that the pandemic creates a 1945 moment, where people realize there must be investment in public services. There ‘needs to be solidarity’ and it will be crucial for the ‘pendulum to swing back to the communitarians.’

Ms Ogundayo then emphasized the question of ‘what do we think that the Labour Party can do differently?’ and included some from the crowd, including: ‘Could you comment on how well the Biden campaign was run, targeting voters etc. What techniques/strategies stood out that Labour should be using?’

Mr Browne started explaining in context that ‘Trump would’ve won had he handled Covid even slightly differently.’ The virus would’ve spread less aggressively. Johnson is doing a terrible job at handling the pandemic, however, Labour should put less focus on the incompetence in this. ‘The grievances and the upset’ as a result of the pandemic ‘have not been channeled that much’ from Labour in political narratives nor action. As this pertains to Labour, someone must be a voice for and bring comfort to those who have suffered.
Regarding the Biden campaign, using trade union voices reinforced the idea that working people were not being ignored by the elites in Washington DC. Biden rallied these voices, and leveraged volunteers to have meaningful conversations where they mattered. Zoom and remote connection was successfully utilized to build a community around the campaign.

Mr Browne then continued that Labour should further promote the idea that we need to ‘think of ourselves as a multilateral nation.’ The UK should be a ‘pathfinder,’ finding new ways to solutions in global issues. Multilateral political and economic efforts will benefit not only UK relations but also the domestic sphere.

Mr Kinnock agreed with Mr Browne’s earlier point, stating that ‘we’ve got to move deeper than the competence question’ when it comes to holding Johnson accountable and providing a sustainable narrative. ‘It’s got to be about resilience.’ Conservatives will never be able to build this resilience because they are hyper-focused on the short-term. An emotional connection must be made to have people appreciate the fact this must be a 1945 moment.

The topic of multilateral relations then shifted toward the increasing economic hegemony of China. Kinnock asserted that the UK would need to ‘confront, compete, and cooperate’ in its policy toward China. The UK must confront human rights abuses, but cooperate on matters such as pandemics and climate change. Furthermore, technology will be an area of relative gains for China if economic cooperation does not take place. ‘The route to power in the 21st century is through technology,’ and the West must wake up to this.

Member of Parliament for Batley and Spen Tracy Brabin then asked: ‘How can we extend our reach and engage people to get involved?’

Mr Browne noted that the Democrats of the US Congress are aggressive in pushing forward their values, but with respect. In contrast, UK politics appears to have become more ‘personalized and poisonous.’ Mr Browne concluded his point in stating that Labour must play the issues ‘on the substance rather than the people involved.’

Mr Kinnock continued the discussion, mentioning that in 2019 the vote collapsed in areas of the country where Labour was founded to represent. He asserted that Labour must regain the trust of the electorate by rebuilding trust in its governing. Labour must demonstrate that it is indeed a party that is very serious about governance and not just a party of protesting. Labour must persuade people that it is serious about winning. Narrative-wise, Labour must hit the bread and butter issues of ‘work, family, community, and security’ while sustaining a sentiment of patriotic internationalism, showing that Labour is ‘the party that acts in the national interest.’

Ms Ogundayo posed the question: ‘Can Biden win in 2024, if not what would he have to do differently?’

Mr Kinnock explained that one can see that Joe ‘is a guy who has a plan,’ and that this ‘bodes well for the future.’ ‘As long as Joe himself is fit and healthy,’ he will likely find success.

Mr Browne continued, suggesting that the biggest impact on 2024 will be seen in ‘what happens over the next 18 months.’ Biden has to show that his promises create tangible change in the lives of the public. Referencing the transition in the Democratic Party to the new political generation, Mr Browne went as far as to say he was ‘skeptical that [Biden] will be the candidate.’ ‘The key is delivery,’ Mr Browne concluded. 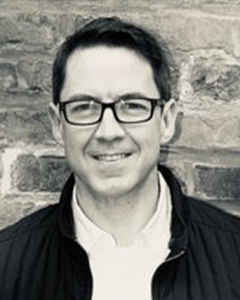 Matt Browne is a senior fellow at the Center for American Progress in Washington DC, where he leads the organisation’s work on populism, the transformation of progressive politics and renewal of democracy. Matt is the founder of Global Progress, an international network of progressive leaders, policy analysts, strategists, think tanks and foundations. He co-chairs the Berggruen Institute’s project on the “Renewal of Democracy in the Digital Age”, and sits on the board of a number of progressive foundations including; Policy Network (UK), Canada 2020, VoltaItalia, Terra Nova (France), and the Duesto School of International Relations (Madrid). Formerly, Matt served as executive director of Policy Network, and as an advisor to former European Commission President Jacques Delors. He continues to advise a host of progressive leaders, parties and movements around the globe. His recent publications include: “Insurgents – Inside a New Generation of Progressive Leadership” and “In the Pandemic’s Wake: Rethinking the Future of Progressive Politics”. 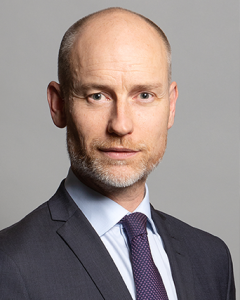 Stephen Kinnock is a Member of Parliament for Aberavon since the 2015 general election. 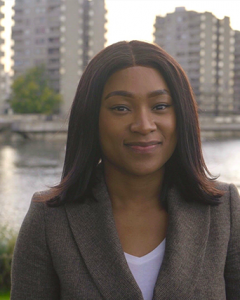 Mabel Ogundayo is an elected councillor in London Borough of Bexley and former Deputy Leader of the Labour Group. In her six years as a Councillor, she has held numerous shadow Cabinet positions and is presently the Opposition Lead Spokespersons for Communities and Shadow Cabinet Member for Community Safety, Equalities, Health and Housing. Mabel also volunteered as campaign fellow for the Democratic Campaign during Hillary Clinton 2016 presidential campaign.