This panel discussion focused on the devastation caused by the ongoing Covid-19 pandemic on the livelihood of small businesses and self-employed people in the UK. The event was chaired by Mark Glover, a former Councillor for the Labour Party and now the Executive Chairman of the PR company SEC Newgate UK. Glover briefly introduced the speakers.

The first speaker was Any Chamberlain, Director of Policy at the Association of Independent Professionals & Self-Employed (IPSE), a trade association representing the self-employed people in the UK. Chamberlain began by expressing his gratitude to the SME4Labour for putting together this timely and important panel and provided some statistics that demonstrated the situation that many small businesses face was a dire state of affairs that needed urgent action. According to the latest ONS statistics, he said that self-employment was beginning to shrink after 11 years of continuous growth. The total number was down to 4.4 million from 5.1 million a year earlier, representing a drop of 13 per cent. The number of self-employed people claiming Universal Credit grew by 431 per cent, which showed that something drastic was happening to the self-employed in the UK. The ONS statistics for last April showed that 60 per cent of the self-employed people still in employment experienced a drop in income.

People who work in the open sectors have been doing okay, and some people have benefitted from the government support scheme for self-employed people. Chamberlain talked about the Self-Employed Income Support Scheme that the government launched in March 2020. Initially, IPSE was grateful to the government for putting together the scheme, and it made an immediate impact. However, since its launch, it has not improved, and there are quite a lot of self-employed people who should benefit from it but are not because of the eligibility criteria. For example, the company directors are not included in the scheme because they get a salary and dividend payments from their business. The government said they could not calculate an amount for dividends. The other group that doesn’t benefit is the newly self-employed people because they did not complete tax-return for the 2018-19 year.

The second speaker was Kate Dearden, Head of Research, Policy and External Relations at Community trade union. She briefly introduced Community and who they represent. Dearden mentioned some members of Community had been excluded from the support schemes the government developed and have ended up relying on foodbanks. These members feel that the government does not understand them and the nature of their work, and some have been viewed as ‘suspicious’ by the government. Dearden mentioned that, together with the FSB and the Prospect trade union, they had launched an inquiry into the future of self-employment to ensure that the self-employed workers are given a voice. As part of this inquiry, they have surveyed their members, collected evidence from experts and campaigning groups. The survey found out that 46 per cent of the people were less likely to continue in self-employment due to their experiences during the pandemic, 18 per cent were unsure, and only 36 per cent were likely to continue. These figures are a massive wake-up call to the government. The government’s suspicion about some self-employed people has resulted in their exclusion from the support schemes, and Community has been urging the government to look at the issue from the viewpoint of the self-employed people and see how the pandemic has impacted them. Although an end is in sight for the pandemic, there is still an uncertain couple of months ahead for many self-employed workers, with many industries remaining closed. Dearden mentioned the need to complete the Self-Employed Income Support Scheme gaps, but there was a need for safety for the self-employed workers through job security and employment rights for the longer term.

The third speaker was Tom Blenkinsop, a former Labour MP and Senior Public Affairs Advisor at the FSB. Blenkinsop began by emphasising that this was a critical moment that we could use to create a foundation for small business led job creation for recovery. There were many problems but also the situation provided opportunities if the government pursued the right policies. Blenkinsop mentioned that the FSB welcomed the support scheme, but changes were needed as the economy continues to operate on severe restrictions. The FSB welcomed Labour’s latest policy proposals, such as the recovery bonds to assist entrepreneurial start-ups. The recent statistics show that the supply chain within the small businesses is the most affected part, and the FSB has been calling for the continuation of existing measures and introducing new ones to ease the pressure on the companies operating within the supply chain to help them ‘back to their feet’. Blenkinsop said that FSB research showed a million firms were left out of support measures, including those involved in the supply chain. Blenkinsop noted that the government should introduce a revenue test, and firms facing severe falls in revenue should not pay business rates. The government should make grants available for firms working outside the retail, hospitality, and leisure sectors. He also said that an extension of the Self-Employed Income Support Scheme for the newly self-employed should be considered. They have again called for a Director’s Income Support Scheme for people who the scheme has ignored.

The fourth speaker was Andrew O’Brien, who is Director of External Affairs at Social Enterprise UK. He provided an overview of social enterprises’ situation during the pandemic and made some suggestions about what needs to happen to support these businesses. He said social enterprise are businesses that have a social and environmental purpose that can make a profit but re-invest their profits in the business. The government did not consider these businesses as ‘businesses’, which created many obstacles. Social enterprises could access support the government offered charities, but the amount reserved for them was something around £30 million in total. The local authority grants have been a lifeline for social enterprises. The government’s tech equity fund has had a significant impact on these sectors, but there is a need to extend such schemes to all different types of sectors. Many businesses took out loans, and one suggestion that O’Brien made was to turn these loans into equity. O’Brien mentioned he was encouraged by the Labour Party’s ideas, such as the proposal for the corporation tax. He said we need to focus on the broader structural changes that will support the economy. Social enterprises tend to think long-term and are more likely to create work opportunities for young people and train them in skills. Social enterprises have the vision, patience, and commitment to training people. O’Brien ended by saying their members feel optimistic about the future and the debate needs to focus on the real issues affecting the economy.

The fifth speaker was Abena Oppong-Asare, the MP for Erith and Thamesmead, Shadow Exchequer Secretary to the Treasury and President of the Labour Women’s Network. She began by thanking Ibrahim Dogus for the invitation to speak on this panel. Oppong-Asare said that the Labour Party was willing to work with the SMEs, listen to and learn from them, and be their voice in the parliament. She referred to the past concerns about messaging and reassured the SMEs that Labour was engaged and keen to help. She has been following the developments closely and was concerned by numerous issues, such as the mounting rent and business rate arrears that SMEs accumulated during the pandemic. The Labour Party has been vocal in parliament about the difficulties that SMEs have been facing and raise their concerns with the government. Oppong-Asare said that Labour was calling for a 100 per cent relief in business rates for retail, hospitality, and leisure businesses to be extended for at least six months. Many companies she has spoken to are concerned that economic activity will be limited for a while and business rates represent a high cost to many SMEs. If restrictions remain in place, the decision should be reviewed later. She mentioned the cap the Welsh government applied in its support for businesses and commended the more targeted support that the Welsh government provided to the SMEs. The UK government should also place a cap on the size of businesses that benefit from the business rate relief. As a long-term approach, Labour calls for a root and branch review of the business rates to help retailers compete with online tech giants. A new system fit for purpose should be designed. The government should also extend the 5 per cent reduction in the VAT rate for hospitality and culture sectors until October 2021 or 3 months after the restrictions have been lifted. Bounce back loans to businesses should be provided to all businesses that can be repaid if the businesses income rises above a certain level. Help with repayment of loans that the larger SMEs took on should be provided, including turning the debt into equity. Oppong-Asare said Labour was calling for support for new start-ups and businesses.

The event continued with questions from the audience on numerous issues covered in the presentations. 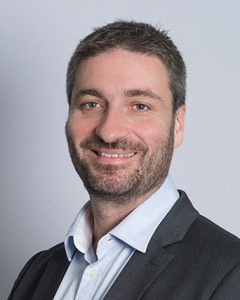 Andy is Director of Policy at the Association of Independent Professionals & Self-Employed (IPSE), the representative body for the UK’s self-employed community, including freelancers, contractors, consultants and independent professionals. He is responsible for IPSE’s tax policy and has a special expertise in labour market changes, employment status and IR35. 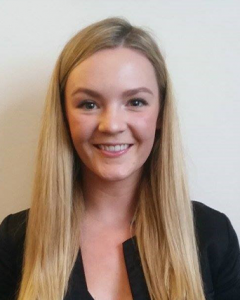 Kate Dearden
Kate is Head of Research, Policy and External Relations at Community trade union, and leads on Community’s political work. Kate also represents the union on Labour’s National Policy Forum and is a member of Labour Women’s Network Management Committee campaigning for women’s rights and representation within the Labour Party.

Prior to her current role, Kate worked for the Labour Party in several capacities including as National Chair of Labour Students and as a Campaigns Officer during the 2017 General Election. 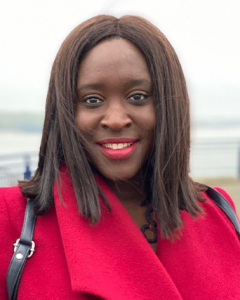 Abena Oppong-Asare is the MP for Erith and Thamesmead, Shadow Exchequer Secretary to the Treasury and President of the Labour Women’s Network. Previously, she served as Deputy Leader and Education Spokesperson on Bexley Council and worked for the Greater London Assembly. 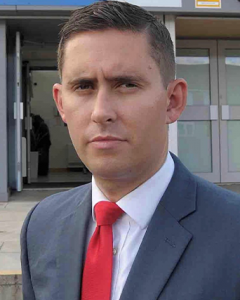 Senior Public Affairs Advisor at the FSB, is a British former Labour Party politician and former Member of Parliament (MP) for Middlesbrough South and East Cleveland.

Tom stood down at the 2017 General Election. 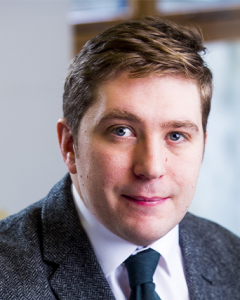 Andrew is Director of External Affairs at Social Enterprise UK, which represents 100,000 businesses looking to improve society through trading.

Before working at SEUK, Andrew worked as senior advisor to Chris White MP between 2010-2013, before joining the National Council for Voluntary Organisations. Andrew then worked as Director of Policy and Engagement for Charity Finance Group, moving onto to become Director of External Affairs at Social Enterprise UK in July 2018. 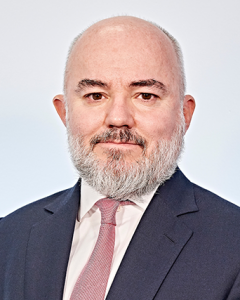 The former Labour Councillor is now Executive Chairman of SEC Newgate UK – a 130 strong UK Communications, Advocacy and Research Agency part of the SEC Newgate Group on whose Board Mark serves.

He founded Newington in 2006, Mark was the multi, award-winning consultancy’s CEO for 15 years.