Photo of the event

Anna Turley, the former MP for Redcar (2015-19) talked to Deborah Mattinson about her recently published book, Beyond the Red Wall: Why Labour Lost, How the Conservatives Won and What Will Happen Next?

Ms Turley began by emphasising the loss that the Labour Party suffered in December 2019 election was one of its worst results in opposition and its 202 seats in the Parliament was the lowest since 1935. She praised Ms Mattinson’s work as a pollster and strategist for the Labour Party. As a way of introducing the discssion, Ms Turley mentioned what happened in her constituency in the past decade. She said, in 2010, Labour lost the seat to the Lib Dems with a 22 per cent swing. Steelworks were mothballed at the time, and the Labour Party government could not find a buyer despite its efforts. Then the narrative that ‘Labour let you down, it wasn’t on your side, didn’t care about your industry’ took hold in the area. However, Labour managed to build back its support base there with a dynamic local team, and there was a 19 per cent swing back to Labour in the 2015 election. This showed that things could shift. Ms Turley mentioned that ultimately, the national leadership of the party matters, and people’s view of the leader and what he stands for, and what kind of a country you want to build comes on top. She asked: How much of the red wall’s crumbling started before 2019, and what lessons the Labour Party failed to heed from the elections in the decade before that?

Ms Mattinson started by discussing what motivated her to write the book and mentioned that it was partly down to a feeling of guilt. She said she first heard the red wall concept through a journalist who said that she heard the Tories were targeting it. Once the journalist explained what seats she meant, Ms Mattinson was initially very sceptical because some of these seats were held by Labour for a long time. For example, Bassetlaw since 1935; Leigh since 1922; Bishop Auckland every election bar one since 1918; and, Sedgefield since 1935. She remembers saying ‘those working-class constituents are fed up with Labour, but they are not going to vote Tory, they are allergic to the Tories’. On the election night, we watched what happened in these seats, and overall Labour lost 25 per cent of its vote to the Tories.

Even though Ms Mattinson has been a pollster and worked with the Labour Party for a long time, she noticed that except for some by-elections, she had not done focus groups with voters during general elections in any of those red wall seats. She thought Labour didn’t do any focus groups in those seats either because it took them for granted as they were safe Labour seats. The Tories didn’t bother doing any work there as well until the recent election. That meant the entire political class neglected some five million people and one of the things she wanted to do was put that right and listen to the people in those seats and understand what is going on.

Another thing that comes out quite strongly in the book and the interviews she did was that it wasn’t just that Westminster neglected this group of people. It was more than that. They were judged and sneered at for their attitudes. They felt that and this came out again and again in the interviews. There was a woman called Yvonna that she interviewed in Darlington who talked about this a lot and said she felt completely hurt and offended by Labour. They thought she was a racist, but she wasn’t. Whenever Ms Mattinson tweeted about the red wall, she would get many troll type remarks like ‘why do we have to listen to these people? They are idiots, racists and bigots’. Whilst Ms Mattinson wouldn’t agree with everything the people in the red wall seats she has visited, all of them were nice and decent. It is also important to say that they were hard-working, cared about their families and communities, and cared about the country. She wanted to convey that in the book as far as she could.

Ms Mattinson then discussed whether the red wall was so different, which is a question that she is frequently asked. At the basic level, what the people of red wall want is what we all want: decent homes, work, family life and a future for our kids. Some factors make it very difficult to achieve those things in those places. A lot of the red wall towns had glorious pasts but very uncertain futures. The inevitable impact on people of low pay, lack of jobs and so on was palpable. In Stoke, for example, one woman said that the potteries and collieries that provided jobs to almost everyone there have gone now. Because of that people lost their identity, and they don’t know who they are anymore. Ms Mattinson then listed a few facts about the people who live in red wall constituencies. She said they tend to be less educated and only 24 per cent of the people had a degree compared to more than a third in the population. Their high streets tend to be very run down. Their popular complaint was about the loss of their department stores and their Marks and Spencer. These towns have poor night-time economies and are no-go areas in the night. People believe a lot of the voters in those seats are older, but they are middle-aged. However, the voters who switched tended to be older. Two-thirds of the voters in red wall seats voted Leave in the referendum.

Ms Mattinson asked: Why did Labour lose these seats? The sense of deterioration happened on Labour’s watch, and this was a car crash happening over a long period. In many of these seats, Labour took it for granted and in some seats parachuted their ‘favourite sons’ who would be someone that Westminster wanted there. People felt neglected by that. There is a Corbyn factor too, but Ms Mattinson does not think losing the red wall seats was Corbyn’s fault. Instead, Corbyn was one element in the mix. Similarly, there was a Brexit factor in the mix, but it was not why Labour lost these seats. A much more significant thing that happened in a more extended period was the feeling that Labour and the Labour people looked down on the working-class voter. People felt that ‘snooty’ graduates from London were descending on them and telling them what to think. People didn’t trust the Labour Party to run the economy. In 2005, Labour won because it was the most trusted party to run the economy. Since then, it has gone backwards, and people lost their trust in Labour to run the economy. Finally, many of the people in the red wall seats Ms Mattinson spoke to were very well connected to their local communities. A lot of them lived their lives in a small number of streets. They didn’t have many connections beyond their local area, but they cared a lot about the country and were very patriotic. They felt that Labour was not patriotic and even ashamed of the country it wanted to run.

Ms Mattinson said that we need to look at why Labour lost alongside the question of why the Tories won? She said, ‘it was down to a perfect storm of Labour being useless’. When asked why they voted Tory, people’s first response was about why they didn’t vote Labour. Brexit was a factor and people said they voted Tory because of Boris Johnson. One person told Ms Mattinson what Boris did was ‘de-snobbify’ the Tories, giving them a licence to vote Tory. They felt that he understood them, and he offered hope and positivity to them, which they thought they haven’t had for a long time. However, he set himself a very high bar and the people are already disappointed by him.

Finally, Ms Mattinson commented on what might happen next in these seats? She said that it was not a certainty that either party will win the red wall seats as both parties are in a state of flux and Covid has added to that. The red wall seats need to be wooed, and they are looking for being noticed and being talked to. Labour needs to reach out and show Labour understands them and is of them. A year on, Ms Mattinson went back to speak to some of the people she interviewed. She asked them to sum-up the government in one word, and the word that was used most often was ‘unlucky’. They may be dissatisfied and disappointed about the government, but they also feel that this government has been dealt a tough hand and impossible task. When asked a score out of ten, people gave six, seven and even eight. The government made big mistakes, and people were still talking about Dominic Cummings trip. Also, people didn’t think Boris Johnson had a clear plan. They are waiting for levelling up to happen. Words used to describe Labour were ‘invisible’, ‘absent’, ‘quiet’, and people gave much lower scores. In short, one year on, people do not show real regret for voting Tory.

The event continued with questions from Anne Turley and the participants. 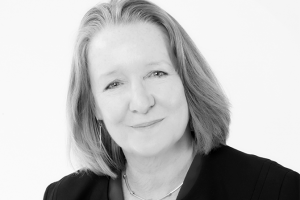 Deborah Mattinson is one of the UK’s leading commentators on public opinion. 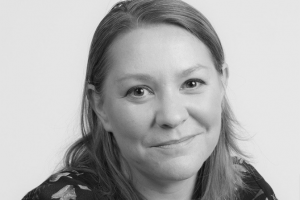