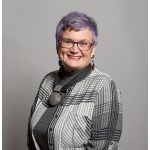 Carolyn Harris MP – Chair of the APPG on gambling-related harm 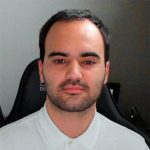 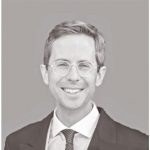 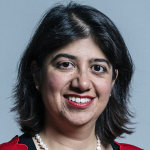 Gambling reform and the ongoing review of the existing gambling legislation was the subject of this talk. Carolyn Harris MP (Labour, Swansea East) chaired the talk and began by highlighting that the Gambling Act 2005 was out of date. It was ‘an analogue piece of legislation for the digital era’ and in need of significant reform. Many people have been trying to develop a blueprint for new legislation that did not take the fun out of gambling for those who can do it responsibly but protected those vulnerable people who cannot control their gambling. It is these people that the gambling industry makes a huge amount of money from. Ms Harris, along with Mr Matt Zarb-Cousin and Dr James Noyes, for more than five years has been part of the efforts to reform the legislation and was very happy that such an event was taking place.

The first speaker was Mr Matt Zarb-Cousin, Director of Clean Up Gambling, a not-for-profit campaign to reform the Gambling Act and has been involved in gambling reform for the past eight years. Mr Zarb-Cousin provided some background to the campaign and highlighted what needs to be done. He mentioned the campaign against fixed-odds betting terminals brought about a change in how the harm that gambling cause is perceived. As a result of the campaign’s success, the state introduced a £2 per spin limit on fixed-odds betting terminals. Previously, gambling-related harm was seen as a consequence of a faulty individual who couldn’t gamble responsibly. Now a new understanding is emerging, in the government and across the political parties, that sees gambling-related harm as induced or exacerbated by some of the gambling products and the practices of the gambling industry. He said their aim in this gambling review was to make the products safer. There is a principle of adequate controls in stakes and prizes on machines, but previously there were not adequate controls on fixed-odds betting terminals. There was a limit of £100, but this was reduced to £2, and those same principles need to be applied to online products. Some online products have a high rate of addiction associated with them, and they are accessible anytime. This type of gambling impacts on people’s addiction and is not subject to adequacy tests. They can lose a lot of money. Treatments for gambling need to be also looked at. There are the GambleAware adverts, but there is not an Ombudsmen for the industry to look at whether gambling adverts need to be restricted and in some cases ended. The public health aspects of gambling need to be highlighted more and gambling should be treated as a public health issue. The new legislation should be public health focused.

The second speaker was Seema Malhotra MP (Labour, Feltham and Heston), who began by emphasising the importance of the event and the work done by the APPG and putting the Labour values on the issue. She drew attention to the report published by the House of Lords Gambling Industry Committee, which highlighted the wider aspects of gambling, how it relates to suicide and the dangers of children being introduced to gambling at a very young age. Gambling isn’t often seen as a child safety issue, but it isn’t just adults who have gambling issues or are impacted by it. Addictions formed at a very young age become much harder to disrupt. The impact of problem gamblers on families is enormous, and Ms Malhotra mentioned a case study in her constituency. In this case, the husband of a constituent was cheated by a business partner, which made him lose his trust in people and led him to gamble to recover the money he had been cheated. It destroyed him mentally, and by the time the family found out, it was very difficult to deal with it. This is an issue that has consequences beyond the individual, and we must see it in that light. Ms Malhotra mentioned how the Labour Party was supportive of the government’s ongoing review and how it has tried to frame the issue as a public health one and minimise the harm caused by problem gambling. Whether online or offline, she said consumers should be entitled to the same protections that exist in other industries. She drew attention to the importance of hearing the voices of other industries connected to gambling, such as sports and the issue of sponsorships and other relationships they have with the gambling industry. She ended her talk by highlighting the impact of the Covid lockdown on families, their employment and the drop in their incomes. These situations turn people to gambling in the hope of trying to find other sources of income and as a source of ‘buzz’ to deal with their depression. We need to also look at the impact of Covid on children’s isolation and how gambling can be attractive to them as a form of entertainment and because of the possibility of winning money.

Dr James Noyes, a Senior Fellow at the Social Market Foundation and a former advisor to the ex-Deputy Leader of the Labour Party Tom Watson, was the third speaker. He began by asking the question: How should the Labour Party respond to the government review? Dr Noyes said even though the Conservative government led the agenda of gambling review, the review itself is very much the legacy of the Labour Party. He emphasised that there has always been cross-party support for gambling reform, but the review carries the ‘spots and stripes of Labour’ because the Labour Party MPs played a leading role in shaping the reform process. Hence, we should be asking: How can Labour ensure that this government review upholds and maintains Labour’s legacy? Also, we need to ask ourselves why the Labour Party should care about gambling reform? In answering this question, Dr Noyes gave three anecdotes that helped him understand the problem’s true scale.

During a launch at the Parliament for a charity called ‘Gambling with Lives’ founded by Liz and Charles Ritchie and representing families bereaved by gambling-related suicide, he experienced an interaction with a mother that lost her son. He talked about the impact it had on him of hearing a mother talk about her son losing his life due to gambling harm. Second, he spoke of the overconcentration of fixed-odds betting terminals in areas where there is much economic deprivation. Third, Netflix’s The Big Short film that shed light on the US subprime crisis and the 2008 economic collapse it caused. Every single analogy in that film is based on gambling. The issue of gambling reform contains so many vital questions of the age for the Labour Party to think about. It is almost a prism through which the great challenges of the age can be defined. Some of these challenges are dept, financial harm, economic deprivation, addiction, the question of toxic products, public health, the relationship between the freedom of the individual and the state, the balance of regulation and how far the state should go in intervening in the lives of individuals, the regeneration of deprived cities, the question of big data and technology, privacy, surveillance capitalism, and the taxation of companies. Gambling is a prism through which a whole nexus of interlocking issues relating to capital, the state and harm can be understood. If the Labour Party does not have something to say about that then what does it have to say about anything at all? He mentioned that Tom Watson understood the bigger issues relating to gambling and the depth of what needs to be done. Dr Noyes listed some of the policy ideas from the Labour Party and said that we need to keep in mind the big picture and encourage the government to act in a holistic creative way. Gambling reform is an opportunity for Labour to lead and to hold the government to account.