co-founder of SME for Labour and a social entrepreneur 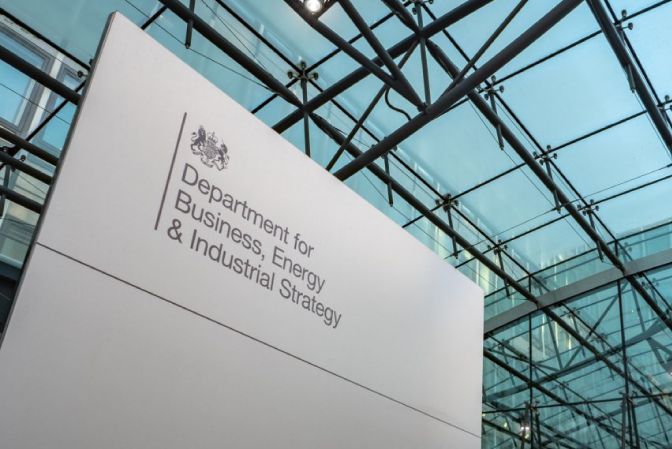 For decades, we have been aware of the need to consider the environmental cost of doing business, but progress has been slow Short term political considerations have often outweighed long-term planning and science-based evidence when difficult decisions have needed to be made. Environmental concern has intensified in the past couple of years and yet there has been a reluctance to take the radical action which will clearly be required over the next decade.

The coronavirus outbreak has necessarily, and tragically, shown that citizens and companies can change their behaviour at unprecedented scale and speed when lives are at risk.

The economic impact of Covid-19 will be severe and felt for several years. Through this crisis there has been a huge shift in the perception of the value of everyday workers – previously seen as low-skilled and low-paid – in maintaining the fundamental systems and services upon which we all depend to survive. As we think about Labour’s vision for the future, citizens like these should be at the centre of our approach, and we cannot go back to business as usual.

And as we plan to rebuild our economy for the future, our industrial strategy should require companies to become more responsible towards stakeholders. This means making business work not just for shareholders, but for customers, communities, employees and the environment. At the heart of every company are people – our citizens. They do not exist solely as employees. Their wellbeing and sense of value impacts upon the productivity of the company, and the company impacts upon their community and environment.

A Labour government could require companies to report annually on their responsibilities towards employees, communities, the environment and sustainability and not just to their shareholders. This could be done by amending section 172 of the Companies Act.

Measures of success for companies should reflect social value rather than just shareholder value. Revenue and profitability will remain essential to any successful business, but as several companies have shown through the Benefit Corporation (B Corps) system, there are other measures of success beyond the financial which can be hardwired into their behaviours and objectives. There are ways of incentivising companies to make longer term investments, which have had some success in the United States, with a tiered stamp duty that disincentivises short-term share ownership and shorting. Reducing volatility from the stock markets would encourage longer term thinking from investors and businesses.

A Labour government must be able to act to prevent the worst excesses of the predators, which can destroy companies, and with them communities and peoples’ lives and livelihoods, Labour should not just be there to pick up the pieces in the aftermath. Closely linked to this is encouraging ‘creators’ rather than ‘predators’. This isn’t about which is a good or bad industry but rather about different ways of doing business, ways that the rules of our economy can favour or discourage.

Professor John Gray, emeritus professor at the London School of Economics, has pointed out: “capitalism not only comes with moral hazards but depends on them for much of its success: the market is as productive as it is because it makes use of the most powerful human motives, not those that may be most morally admirable.”

A Labour government must also support and encourage innovation and creativity in the UK for our entrepreneurs, business leaders and university research sectors – especially in the sectors which will be essential to face the global challenges of the coming decades. This does not mean subsidising loss-making industries long term, nor should it mean mass nationalisations which could be reversed by future Conservative governments. In our movement there is, dare we say it, ‘a third way’ – mutualisation rather than privatisation. Labour and Co-operative MP Luke Pollard has argued:

“Labour needs to be very cautious that in ending rail privatisation we are not simply holding the assets on ice for the Tories to re-privatise later. That is why co-operators need to be loud in our advocacy for genuine democratic public ownership. This means once the railways have been nationalised, let’s mutualise them. Let’s create shareholdings that turn our great public utilities into truly great mutually owned public utilities.”

Mutualisation, both in terms of ownership and management structure, brings companies closer to their communities, and to individual citizens. It is a powerful tool against the predators. And it motivates and empowers individual employees to invest in the success of their company beyond the short term transaction of the weekly or monthly paycheque.

At the individual level, a Labour government must invest in the people of this country to enable their skills, aspirations and ideas to be developed and realised. Our people will become the workforce that companies and entrepreneurs need. But again, we should not just measure their economic success – Labour should institute a ‘better life index’ rather than just GDP to measure national success.

There has been a slowly growing awareness of the importance of mental health upon the wellbeing – and economic success – of individuals in the past decade, but this has not been adequately responded to by government. The imbalance in the NHS of spending upon physical rather than mental illness is profound. There can be little doubt that as we emerge from the coronavirus crisis, mental health issues will be an enormous issue as people try to work through the challenges of isolation, bereavement, grief and economic hardship. The importance to our humanity of very simple things is being realised by their absence – access to outside space, local communities, the opportunity to see friends and family, the necessity for leisure time to appreciate nature, the arts and travel. In a fast-paced consumer driven world these things are easily forgotten – but many of them are supported by businesses themselves who will suffer greatly in the current conditions. A government driven by a better life index rather than GDP will be able to take account of this as we rebuild our economy differently.

In addition, we should champion what will likely be a profound shift in the perceived value and importance of low-paid but essential workers – cleaners, shop workers, delivery drivers, agricultural labourers. In the public sector, some of this can be done through pay increases – private companies will need strong incentives. This can be done through fiscal policy – through fair taxation rather than low taxation.

Competing to attract international investment by lowering corporation tax – often from companies which have sophisticated mechanisms to reduce or avoid paying tax at all – has been one of the key policies of the last 10 years of Tory government. Their mantra that cutting taxes stimulates economic activity and increases overall tax receipts for the government has been shown to be false. There are arguments to be made, both for individuals and for companies, for taxing wealth and assets more than income in order to reduce the shocking levels of inequality that we see in this country. But this has to go beyond a simplistic tax. It has to be seen to be fair to those millions of citizens – voters – who will have to pay more, if we are to win the electoral argument. And yet, when the Conservative chancellor is warning of doing just this, Labour should not be afraid to make bold proposals.

One area where the public mood is very supportive is action on companies that are registered offshore. We know that many British dependencies are considered lucrative and secretive tax havens – and that this offers huge financial benefits to many wealthy corporations and individuals. Furthermore, the spectacle of Phillip Green and Richard Branson demanding handouts from a Treasury they have avoided paying billions into has been rightly criticised across the political spectrum in this time of national crisis. The people of the UK recognise that this is not fair. So we should push for, and when the time comes, legislate for onshore rather than offshore wherever we can.

And not just in company registrations, but in outsourcing too. Many companies have outsourced huge areas of their business to other countries – often to some of the poorest countries in the world, where labour costs are so much cheaper. When the only measure of success is the bottom line to the result may be economic success but is that success is not without considerable risks and compromises. Damage to international communications or supply networks, whether deliberate or accidental, can be very costly to businesses (outsourced call centres for example) and much more difficult to repair than if they were within the UK. This practice also creates jobs (and therefore raises taxes) abroad rather than for the Treasury – so incentivising companies to develop outsourcing within the UK,especially in the regions and nations outside London and the South East, should be a key part of Labour’s future industrial strategy.

Many of our universities, our entrepreneurs, our finance sector and our companies lead the world. But that is not guaranteed to continue in an increasingly unpredictable geopolitical climate, and has certainly not been achieved simply by virtue of being British. However, there is still a cachet for the ‘Made in the UK’ brand internationally of which we can and should be proud. Detoxifying the country from the worst excesses of both sides of the Brexit debate  requires us to argue that international trade and multinational collaboration is vitally important for our country while avoiding British exceptionalism.

As we plan to rebuild our economy for the future, we especially need to beware of falling into nationalism or protectionism. Simplistic messaging such as ‘British jobs for British people’ and ‘controls on immigration mugs’ did not lead to electoral success. Instead, we must be pragmatic patriots. Chasing foreign direct investment at any cost potentially threatens our national security so we must be prepared to act to offer companies protection from foreign takeovers especially from authoritarian regimes. This is particularly relevant in the case of China, where there is not mutual reciprocity (in terms of intellectual copyright especially) but also where there are concerns of targeted foreign takeovers being used as a means of gaining technological, economic and defensive advantage. These concerns go way beyond strategic and military technologies, as communications and digital tech and networks play an increasingly important role in the day to day lives of companies and citizens.

As markets collapsed in the wake of the coronavirus pandemic, governments around the world including ours were forced to support businesses and individuals with vast amounts of money. This would be unthinkable a few months ago. It is important to remember when this is over, how irresponsible free-market capitalism have failed us in so many unthinkable ways. Labour can re-shape the existing economic and industrial strategy. Citizens and good corporations are yearning for change to the status quo – no more business as usual.