Home EVENTS PAST EVENTS BOOK LAUNCH WITH PETER HAIN: “Back To The Future Of Socialism”
PAST EVENTS
13 October 2015

BOOK LAUNCH WITH PETER HAIN: “Back To The Future Of Socialism” 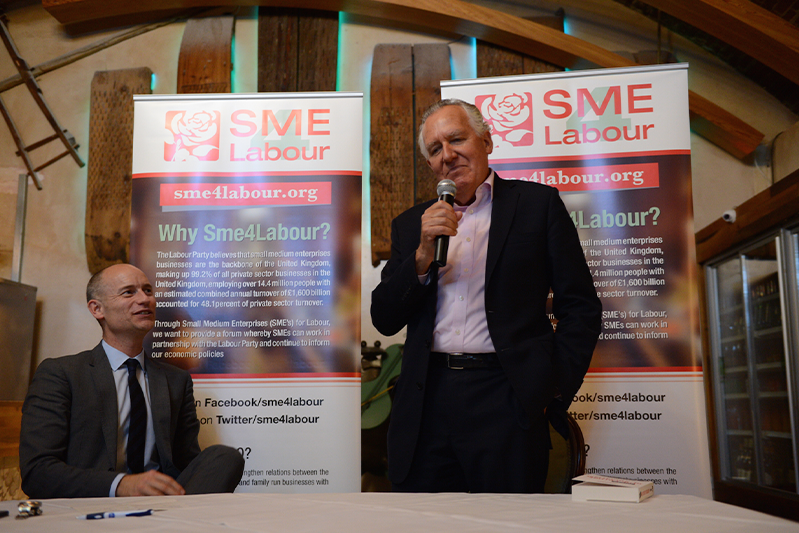 October 2015, SME 4 Labour along with Stephen Kinnock MP held a discussion with Rt Hon Lord Hain about life in British politics and the success of Lord Hain’s book Back to the Future of Socialism. Th e book highlights what the future holds for the Labour Party and its members putting forward a profound alternative to the neo-liberal economic agenda. Lord Hain is best known for being a prominent activist in the anti-apartheid campaign in South Africa during the 1970s and for his later role in the Northern Ireland peace process. Having served the Labour Party for 50 years and been a cabinet member under both Tony Blair and Gordon Brown, Lord Hain is a true advocate for carrying through the policies brought in by the Labour Party.